We’ve seen how we use privacy as a commodity, and we’ve talked a bit about how we dispense it, but we haven’t talked about the second question that was proposed at the beginning of the Module. Clearly we all place some value on privacy, but why? If we use our privacy as a commodity, then we ought to think about how much we should ask for in return for our privacy. In setting that price, it would be a good idea to think about what sort of value our privacy has.

One answer is that we all have a different preference for privacy, and so we should all set whatever price we like. Some of us are perfectly happy for our lives to be an open book. If we can give out some of our private information and receive a bargain at the store then we call that a fair trade. Some of us are more concerned with our privacy, and we give our information out in smaller parcels and more selectively. It takes more than saving a few cents on cheese to get our info, but we are concerned with the safety of our neighborhoods so we acquiesce to having video cameras that record people’s actions and hopefully limit crime. This personal valuation of privacy is perhaps too loose, though. Johnson suggests placing a higher value on privacy because it is a special sort of good.

In her paper, Johnson distinguishes between two kinds of value: intrinsic, and instrumental. Instrumental value means more or less what it sounds like. A thing with instrumental value is valuable because it is instrumental in gaining something else. Money is instrumentally valuable. It’s not good for much all by itself, but it is an instrument that we can use to get other things that we want. Most of the things we value are like this. I value a hamburger because I don’t want to be hungry anymore, and I like the way they taste. The burger is instrumental to my goals. If we say that something has intrinsic value, then we mean that it is valuable in and of itself. It isn’t valuable for something, it just is valuable. This is a difficult argument to make, as we usually think of “value” in the instrumental fashion. A thing is valuable to or for something. Thinking of something being valuable all by itself is a bit odd for us. An example might be something like love or friendship or pleasure. Those things might just be valuable regardless of anything that they might bring along with them. We just do value them.

It’s not clear how we can make an argument that privacy is intrinsically valuable, but it certainly seems instrumentally valuable. We can use privacy to delineate our relationships with other people and we can make use of our private information in order to get those things that we want and need. 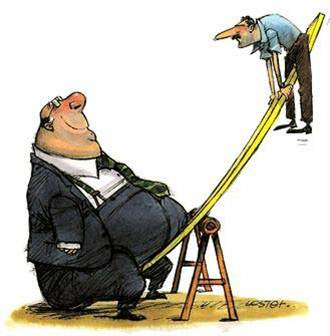 This isn’t enough to explain why privacy is valuable, though. As Johnson points out, when think of how much privacy it is appropriate to give up, the question is addressed by trying to balance the needs of business or government against people’s preference to have parts of their lives remain private. When we balance it this way, we are balancing all of  the benefits of others having our information against some vague preference people have for remaining anonymous or private.

This way of framing the discussion is biased in favor of the info-gatherers and against the private citizen. She suggests that this framing is the wrong one. There is more at stake here than our preference to maintain sole control of our information. Privacy also serves as a social good.

A social good is one which is enjoyed by everyone in a society. Police protection and clean air and military defense are all social goods because having them benefits everyone without excluding anyone. These goods are more important than mere personal goods because they benefit the whole and not merely the individual. They each have costs as well, but we have decided that the costs are worthwhile.

The argument draws on the concept that people who are being watched will behave differently than people who aren’t being watched. If you’re pretty certain that you are in private you might be tempted to do things like belch out loud or pick your nose or sing or dance along to your favorite song.  You might even steal if you think you can get away with it. We don’t do these things when we think it’s possible that someone is watching.  Security cameras serve this function even when they aren’t being monitored because the possibility of being watched is often enough to alter our behavior.  Jeremy Bentham (who you might remember from Module 1’s section about Utilitarianism) designed a prison called the Panopticon which operated on this principle. In the Panopticon the prisoner’s cells are transparent on at least one side so that a guard in a central location could be watching any prisoner’s activities at any time. This possibility of being watched keeps prisoners from doing things that might get them in trouble.

The key is that when we’re not in private we tend to conform to what other people around us are doing. The reason we don’t belch out loud in public is because no one else is doing that, and we would feel awkward. It’s also why we tend to conform to fashion trends and hairstyles and such. We like to blend in with the crowd. This sort of behavior is damaging to a democracy. Democracy depends upon some people being non-conformists. The non-conformist can take unpopular stances on government policy that might shine light on issues that others hadn’t thought of. They’re the ones who get meaningful conversations going in public. Privacy gives us the ability to be non-conformists and it frees us to do as we wish. Imagine what voting would be like if everyone around you could see what votes you were casting at any time. It would surely impact the way that you behaved if your actions were all potentially public ones.

If this argument is right, then Democracy is a social good, and privacy is instrumental to that social good. This puts it in a different category from mere preferences and such.

Now, it might seem like our loss of privacy in the USA is pretty minor. Millions of bits of information about each of us circulates through the internet, but our freedom and democracy doesn’t seem to have been substantially impacted. We feel free to do as we please. What if the situation were more dire?